skip to main | skip to sidebar

Too often we think of giving flowers only to the women in our lives but when you think about it, men also appreciate beauty, nature and things that smell nice. Although many of us portray a macho image on the outside, inside we warm to the fact that someone understands us well enough to know we have that other side too.

If you want to see your Dad smile, give him a big bouquet of fresh flowers on Father's Day. Remember...Flowers Do It!
Posted by Kevin Priest at 11:51 AM No comments:

It is time that Congress pass the Free Trade Agreement with Colombia. it will level the playing field for US Exports to Colombia and it will help support Colombian civil society. Colombia is one of our biggest allies in Latin America. We need to promote free trade with our allies. Recently import duties were added to flowers coming to the US from Colombia. This is a step backwards in our relations with the largest producer of fresh flowers in our hemisphere. Many US jobs depend on flower imports from Latin America. Putting up barriers to free trade puts those jobs at risk. To get the facts click on the link below:

Why is the rose market so tight?

Many have been asking why the supply of roses has tightened causing prices to rise and making it more of a challenge to source some varieties. There are several reasons...

Weather...weather conditions in Colombia and Ecuador have not been as favorable as usual for growing flowers. Rain and cooler dark days reduce rose production from its normal volumes.

Economic factors...Many farms have gone out of business because of factors like high inflation, currency fluctuations, loans called by banks, and a long term recession in many parts of the world.

It's a world market...more flower production going to Russia and some parts of Europe.

All of these factors put together are playing a part in the rose market. Fortunately, we have long-term established relationships with many of the worlds finest and largest rose farms. We also source roses from many different parts of the world (California and Canada) in addition to our imports from South America and this cushions and insures our ability to get our customers what they are looking for a high percentage of time.

With the normal increase in flower sales coming as the summer comes to an end and the coming "pinch" for Valentines 2011, we expect the rose market to remain strong but manageable for the foreseeable future.
Posted by Kevin Priest at 9:57 AM 1 comment:

Secretaries Day or to be politically correct...Administrative Professionals Day

Posted by Kevin Priest at 10:07 AM No comments:

Re-print of our newsletter for April 2010

Although some might say this topic is controversial, I felt the message from our Dayton, Ohio store manager was so important I am putting it on my blog. Comments are always welcome!

It’s interesting what’s been going on in Washington, and I can’t help but notice similarities between government and our business. Consider the age old question, “What does is it really cost?” Our founding fathers did not like big government. That is why “State’s Right’s” and local government is best because who knows better what a local area needs than the people from that area! People from a local area were sent to Washington to represent those people – for a limited time, and then return to running their own business back home. Over the years, some politicians were overtaken by the power they had and other people’s money they had. They did not want to go back home. Before you know it, people out of touch with you knew how to spend your money better than you did. But, not well enough to live within the means and monies they received. Fees (taxes) were increased; politicians became obsessed with power, and always needed more and more money…because after all, they know what is best for you. Fiscal responsibility soon became “old school” and was ushered out and replaced with new “modern” accounting practices. When I was growing up, I would have never thought that today we would be in debt to China! Our grandchildren will still be paying the debt created by “those people that know what is best for us.” And some people actually think this health care bill will be a bargain?!! But, what does it really cost?

The “founding” wire services were small. They were lean businesses developed to promote the flower industry and the profitability and longevity of a florist shop. Over the years, certain people were overtaken by the power and prestige they acquired. They soon began to know what was better for a local florist, than the local florist did, and, how to spend your money better than you do. But, not well enough to live within the means and monies they received. Fees were increased; wire services became obsessed with power, and always needed more and more money…because after all, they know what is best for you. Fiscal responsibility soon became “old school” and was ushered out and replaced with new “modern” accounting practices. Today, you are paying for the mismanagement of wire service fees collected years ago. If you are a wire service shop and you survive, your grandchildren will still be paying for the debt created in the nineties! How many new fees have been added to your statement since the early nineties? How many of those fees have gone away? (Zero!). And tens of millions of dollars have been collected to make company projections look favorable to shareholders, for modern accounting practices.

It amazes me that some people think this health care bill will be a bargain. What does it really cost? But then, it amazes me that some florists think they are getting a bargain when they buy their flowers through a wire service. Their prices are really low! Lower than a wholesaler could charge. Hmmm??? Maybe we wholesalers should put out the cheapest prices, but then have all kinds of monthly add on fees to make up for mismanagement? No, people are too smart for that. (What does that flower really cost?) Thank you for supporting your local wholesalers.

Thank you for your business,

Posted by Kevin Priest at 1:35 PM No comments:

Over the past few months I am hearing from more and more retail florists that they are sick and tired of losing business to "order gatherers" and "flowers in a box" companies. Many are also finally realizing that their wire service is also a competitor. Social Media is lighting up with facebook groups and tweets on Twitter where florists are sharing their stories and strategies to take back the business that has been lost. Many are severing their relationship with a wire service and putting more marketing into their own websites and networking to drive business to their shops. They have come to understand that they will not be able to survive when they have to deliver full value and only get back a small percentage of the sale. Many accepted this so that they could take advantage of other services provided like POS systems and credit card processing but being held hostage is not a good place to be and fortunately there are other options for these services that are more competitively priced.
I believe that the consumer is also beginning to understand the difference between a LOCAL retail florist and a "flowers in a box" company and why the LOCAL florist is their best source for freshness and value. We (individually and as an industry) need to continue to educate consumers on this. There is power in groups and so be sure to use tools like social media, small business groups and industry associations to network and exert your flower power!
Posted by Kevin Priest at 11:06 AM No comments:

I leave tomorrow morning for Washington DC. I will spend time in Government Relations committee meetings over the weekend and on Monday and Tuesday I am going to participate in SAF Congressional Action Days (CAD). I have been going to CAD for many years and the experience has been so good for me and my company. I have become educated on some of the most important business issues of the day and I get the chance to talk face to face with my legislators about them. That's how democracy works. You have the right and responsibility to talk to your representatives and help them understand how issues effect you and your business. Believe me, your legislators need to and want to hear directly from you. Your real life, first had experience is important for them to hear. It's the only way you can have any influence over the outcome you will have to live with.
I look forward to meeting up with many friends there...some retailers, wholesalers, growers and SAF staff. Another benefit of CAD!
I hope that wherever you are, you are finally starting to thaw out from a long cold snowy winter. I hear it is going to be in the 50's in DC. For me it will be like a heat wave! Have not felt the 50's for months.
If you are reading this and are coming to CAD, safe travels and see you soon. If not, I hope you will consider it for next year.
Posted by Kevin Priest at 11:01 AM No comments: 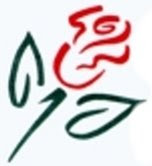 Kevin Priest
I am a 4th generation wholesale florist. My Great-Grandfather started my company, CPF, back in 1913. We now operate 11 distribution centers around the USA and a sales office in Bogota, Colombia. I have worked in the business for more than 33 years and currently serve as the companies President. My involvement in the flower industry includes being a former Board member of WFFSA, Former Board member of SAF, SAF Wholesale Council Chairman and SAF Government Relations Committee Chairman. AAF